Q&A: What is the clitoris?

Q: What is the clitoris?

A: Here is the very medical definition: a small, sensitive, erectile part of the female genitals at the anterior end of the vulva. It also wraps around the outside wall of the vagina on the inside of the body. (Check out the diagram)

Okay, but what else should we know about the clitoris?

Here’s this: The clitoris is, in fact, the only organ on the entire body that is solely for pleasure, and it is attached to ligaments, muscles and veins that become filled with blood during arousal (when you get sexually excited) and contract during orgasm. 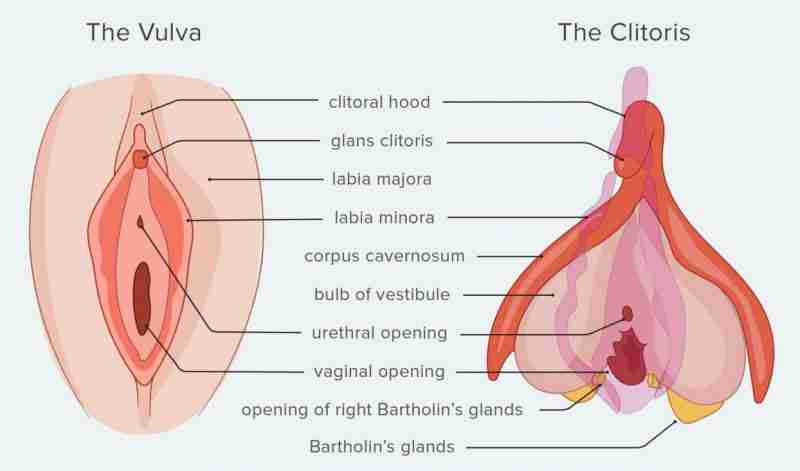 Above are two illustrations of a vulva (on the left) and the internal and external clitoris (on the right). Labeled parts include: clitoral hood, glans clitoris, labia majora, labia minora, corpus cavernosum, bulb of vestibule, urethral opening, vaginal opening, and Bartholin’s glands. *Special note: while the vulva diagram is an accurate depiction of what comprises the vulva, all vulvas will look unique and individual for each person!  Illustration Credit: healthline.com

The clitoris will look different from person to person, and so will the clitoral hood – a layer of skin that protects the clitoris. Getting to know one’s own clitoris and/or a partner’s can lead to a more satisfying sexual experience.